By selecting NI as supplier for EMV L1 testing, BCTC has successfully managed the EMVCo 3.0 transition.

BCTC is among the top several test laboratories to be accredited for EMV L1 3.0 PCD testing. It means that from now on terminal manufacturers are able to perform certification sessions of their products into BCTC laboratories.

Already equipped with NI’s Contactless Test Station, BCTC adopted the classical migration steps for most of NI customers. They added the new set of EMV test antennas and downloaded the updated test suites on our website. Using NI’s Labtools allow them to go faster in the qualification process and obtain qualification in just a few rounds. 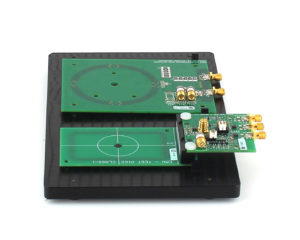 Stéphane CZECK, NFC & Wireless Charging Group Marketing Director commented: “Our partnership with BCTC has been active for more than a decade, and it is very inspiring for us that they renewed it for the major evolution that EMV 3.0 is.”

EMV3.0 PICC and mobile analog qualification is just around the corner for BCTC and NI, with their specific set of tools aimed at laboratories, will be there to help them achieve this qualification quickly.

This website uses cookies to improve your experience while you navigate through the website. Out of these cookies, the cookies that are categorized as necessary are stored on your browser as they are essential for the working of basic functionalities of the website. We also use third-party cookies that help us analyze and understand how you use this website. These cookies will be stored in your browser only with your consent. You also have the option to opt-out of these cookies. But opting out of some of these cookies may have an effect on your browsing experience.
Necessary Always Enabled
Necessary cookies are absolutely essential for the website to function properly. This category only includes cookies that ensures basic functionalities and security features of the website. These cookies do not store any personal information.
Non-necessary
Any cookies that may not be particularly necessary for the website to function and is used specifically to collect user personal data via analytics, ads, other embedded contents are termed as non-necessary cookies. It is mandatory to procure user consent prior to running these cookies on your website.
SAVE & ACCEPT